I have been competing in the cubing arena for over 6 years officially and I still get the nerves when I’m called for my solves. My nervousness has considerably reduced over time and I feel anyone can do it with more experience and practice.

One of the most important things here is to try and keep the mind as empty as possible before the solve. This helps to keep the mind less cluttered with thoughts which which ultimately leads to concentrating more on one’s solves. Once you know your mind is void of expectations and goals, go straight ahead and solve the cube. It is actually very tough to obtain this mindset but once you figure out how to do it, it will definitely help you feel more liberated.

Another important thing is to focus JUST on the solve and the solve alone. In the case of 3x3 if you know you’re solving the cross, you need to immediately shift the focus to try and track the next pair instead of looking at the cross being solved because there’s no point seeing something that’s being solved and that kills the time you could have rather used for the next step. Infact everyone knows this in the form of ‘look-ahead’ but not many people actually implement this in their solves as half the time its mostly just mindless turning.

Obviously there are other factors which are in your control such as good sleep, practicing less before the solves to have fresh fingers etc but DURING the solves, its mostly factors which are usually not in your control which you need to overcome such as lockups, wrong insertions/algorithms, tougher scrambles etc. These are the things with which a mindset shift can help. Once you are completely out of expectations and PBs, going sub X,beating someone etc you will be able to solve with more concentration and better lookahead especially in events that take considerably shorter time to solve.

Now to obtain this mindset, it changes from person to person depending on circumstances as some might be tough to overcome ( such as the thought of an important exam/event the next day) but it all really boils down to having a clear mind before solves. Some people could do meditation while some people might just have a chill ‘take lite’ persona in general but you need to figure out what works for you and try to implement it. Once you can do it, it is just a matter of time before it becomes a habit. Soon, you will also be able to implement it not only for solving cubes but also in your life in general during moments when you have to take important decisions and have crucial choices to make.

The cube is really in great condition with excellent functioning. The sides move smoothly without glitching..Excellent buy at this price. Thank you cubelelo for the cube bag too 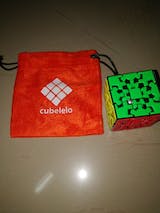 The product delivered is absolutely amazing. The cube rotates perfectly with a smooth uniform motion. Best buy in this price range 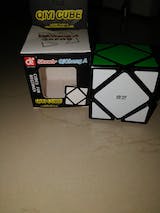